After Jesus had finished teaching the people, he went to Capernaum. In that town an army officer’s servant was sick and about to die. The officer liked this servant very much. And when he heard about Jesus, he sent some Jewish leaders to ask him to come and heal the servant. The leaders went to Jesus and begged him to do something. They said, “This man deserves your help! He loves our nation and even built us a meeting place.” So Jesus went with them. When Jesus wasn’t far from the house, the officer sent some friends to tell him, “Lord, don’t go to any trouble for me! I am not good enough for you to come into my house. And I am certainly not worthy to come to you. Just say the word, and my servant will get well. I have officers who give orders to me, and I have soldiers who take orders from me. I can say to one of them, ‘Go!’ and he goes. I can say to another, ‘Come!’ and he comes. I can say to my servant, ‘Do this!’ and he will do it.” When Jesus heard this, he was so surprised that he turned and said to the crowd following him, “In all of Israel I’ve never found anyone with this much faith!” 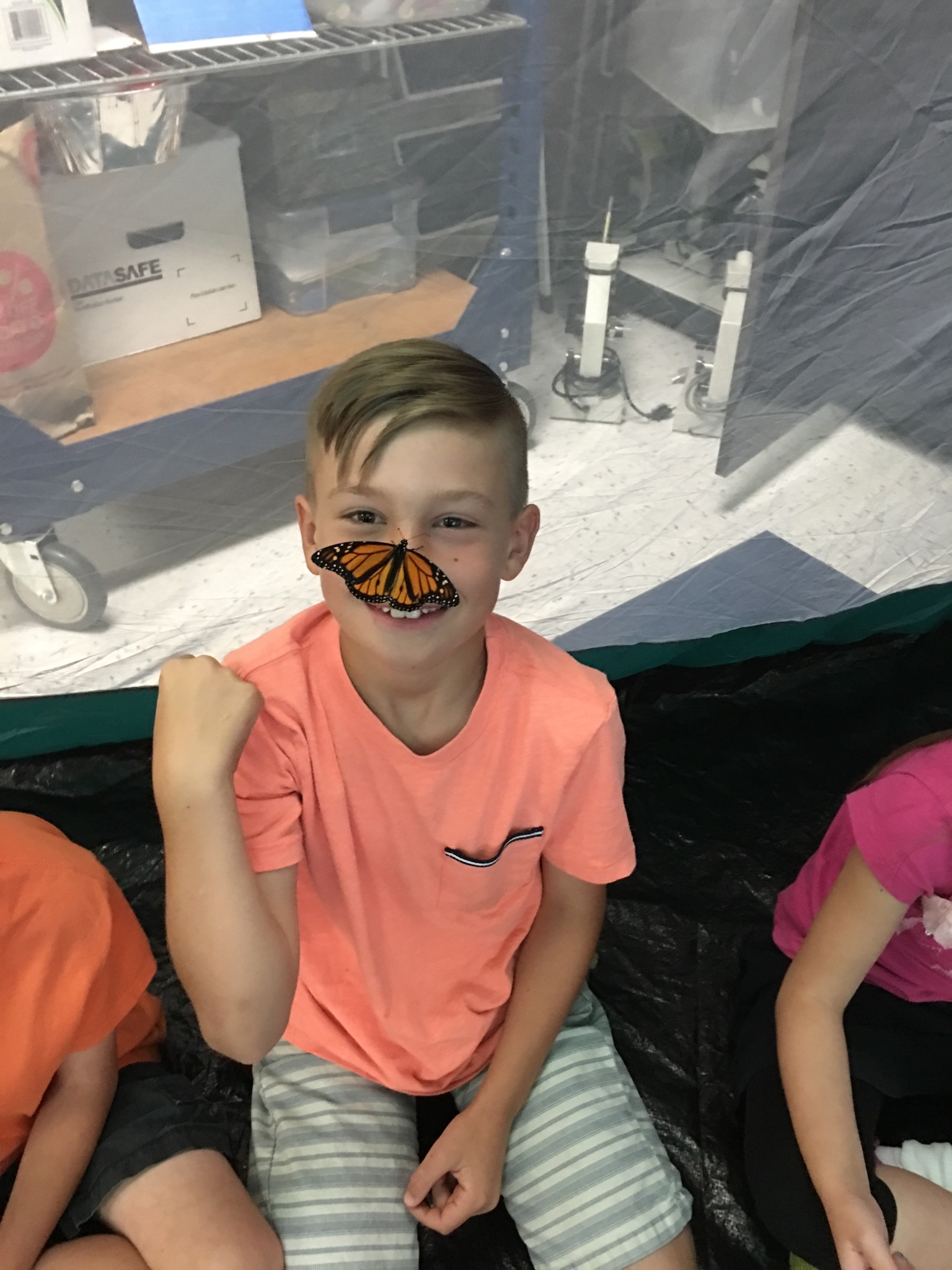 When is the last time you received a gift? Not just any gift, but an unexpected gift, a surprise? About two years ago, when I was at my previous church, I had just finished a meeting with some parents. One of those parents turned to me after everything, while we were all just sitting around, and asked me very simply, as if she had all the time in the world, and as if she really cared, “How are you?”

I’ll never forget how that felt. My heart and soul and mind just leapt with worry – How do I answer that? What do I say? I don’t know! How am I? I don’t know… I don’t know… How am I? And as it sunk in, that I really didn’t know how I was, I murmured some shallow “Oh I’m fine, just busy…” Kind of answer and we drifted away to some other topic. But that question echoed within me. I didn’t have an answer. I didn’t know how I was, but I had a feeling I wasn’t doing very well… I had never had such a simple question, such a relatively every-day kind of exchange, shake me quite so deeply. As I have since pondered over the experience, I have come to the realization that this simple question was in fact a gift. By being in touch with my inability to answer the question, I was led to even deeper discoveries about my state of well-being, my needs, but also where God was calling me. This re-connection to call eventually led me here – to Hope Lutheran, from California to Idaho. What was at first just a simple question ended up becoming a wonderful, unexpected gift.

So I ask you, when have you received a memorable, unexpected gift?

Now I’m going to ask you to take it one step further. Turn to a neighbor and share some of this experience with them. What was the gift? Where were you? How did it affect you?

Thank you for sharing. I want you to know, that what you just did, that simple act of sharing yourself, that was a gift too, a gift to your neighbor as well as to yourself.

Now, I wonder, did Jesus receive unexpected gifts? We often think of Jesus divine and all-knowing, but Jesus was also fully human. We see glimpses of his humanity in stories like today. Stories, where, like us, he receives an unexpected gift. This gift was so unexpected that he responded with surprise, proclaiming, “In all of Israel, I have never found anyone with this much faith.” Wow. Jesus just said even while walking, living, breathing right there in THE HOLY LAND he had not met anyone, until then, with that much faith.

I don’t know about you, but when I hear stories from the Bible like this, I can’t help but wish that something like that could be said about me. There’s a part of me that wants to dissect the whole story and figure it all out. What did he do? What was so great about this man’s faith? I want that too! How can I have that?

But here’s the thing. This faith that Jesus was referring to was not a faith that this man had, as if he owned it, or as if it originated from him because of anything special he did to earn it. When we hear about how much something is, we think about quantity. We think about greatness. Is the cup half empty or half full? This is how the Jewish leaders described the officer to Jesus, telling Jesus all about the officer who deserved his help: He loves our nation. He even built us a meeting place.

This is often how we, like the Jewish leaders, describe a good person. This is often how we understand faith. That it is determined by our worthiness, the quantity of our goodness, our deeds. And yet, it is not at the description of the officer when Jesus noticed his faith. The faith of this officer was not found in the greatness of his deeds, but in his humility and reception of Jesus’ mercy. It wasn’t until later down the road, when the officer sent friends to stop Jesus from going out of his way for him, that Jesus responded. At this point, Jesus realized that though he was a Jewish man and the officer was a Gentile, one of those Roman soldiers occupying the land but not of that land, this officer still recognized Jesus for who he was. The officer, who was not one of the chosen people, the Israelites, humbly requested help and waited with humble expectancy that Jesus would do what Jesus can do. In this humility, Jesus received an unexpected gift from one very unexpected person. In the officer’s recognition that there was nothing he could do to earn the gift of healing for his slave; that there was nothing he could do other than receive the undeserved gift, Jesus cried, “This is faith!”

Faith is not about us, or even for us. Rather faith is that which “illumines and magnifies the honor of Christ.” Faith points to Christ. It is faith says, “Jesus is Lord.” Philip Melanchthon, Martin Luther’s Reformation BFF, says, “faith does not justify or save because it is a worthy work in and of itself, but only because it receives the promised mercy.”

Our faith, or lack thereof, does not change our God. Through Jesus we learn that faith is given as a gift of the Holy Spirit. It is bestowed upon us to transform us and ultimately, through our changed lives, in response to this gift of faith, the world changes around us. In this way, Jesus still walks among us.

Whenever we humbly receive Jesus’ mercy; when we receive the gift of Jesus as Lord of our life, we are forgiven, we are made new, and we live by faith. Faith was not something this officer had measured by things he had accomplished. Faith was found in

his response to the person, Jesus. In this story we are reminded that it is not about how much or little faith we have. What matters is the subject of our faith, the one upon whom our faith is grounded, points, to and originates from – Jesus. Let us focus on the subject of our faith and what God can do through that faith, than worry over how much we have acquired or how much we faith we think we deserve. When receiving the gift of faith becomes our focus we can celebrate the gift together. We can share it. We can pass it on.

Often, when Jesus speaks about faith in the gospels, it is in reference to the smallness of faith. To have faith like a child; or, that even with faith the size of a mustard seed, we can do great things. A faith like this isn’t about us at all. It is about the one to whom our faith points. We can live remembering the words of Paul in Ephesians: For by grace you have been saved through faith, and this is not your own doing; it is the gift of God. And because we live by this understanding of God’s free gifts, we can find it in the unexpected places, the people who may not even consider themselves people of faith. God can use all to share and spread God’s gifts.

When have you, like Jesus, been surprised by faith or found faith in the unexpected places? Perhaps it was a moment you found yourself mumbling a prayer you never knew you began. Perhaps it was in the words of a child as they called out to you mid-play or asked a question about something that you had never considered before. I wonder, about those times we feel faith-less, or about those people we know who claim to have no faith. Is it possible that, even though we may be focused on the quantity of faith, God may still do great things, God may still be glorified, God is still God sending out the free gifts of grace and faith to anyone who will recognize and receive them.

Here is your challenge as you receive communion, as you go from Sunday to Monday, and on… Where are the unexpected gifts in your life? Will you receive them? In what unexpected places will you find the gift of faith? Could, perhaps, one of the unexpected gifts of your life might be someone who, like the officer, doesn’t even share your same belief system? How might their lives, whether faith-less or faith-full, be an opportunity for you to marvel at and receive a gift from God?

We thank you for showing up in the most unexpected of places, in the moments of our lives where may feel the least faith. Thank you for those people in our lives who do not know you or seek after you. Thank you for them because they are still your beloved children and we know that it is in their lives that we may see you do great things, even if they never acknowledge you. Thank you for the times we feel faithless; so we can be reminded that faith is a gift of your grace that is not dependent on us; and so we can have the opportunity to receive your gifts and enjoy them.

Help us, like the officer, wait in humble expectancy for your action, your gift, your mercy, that may be given at any time, in any place, and through any means. Help us to not be quite so surprised when you show up and do what you do. Free us from surprise so that we can move to a life celebration for all of the gifts we receive from you daily. Open our hearts and minds so that we recognize the ways you walk among us, even in those unexpected places.