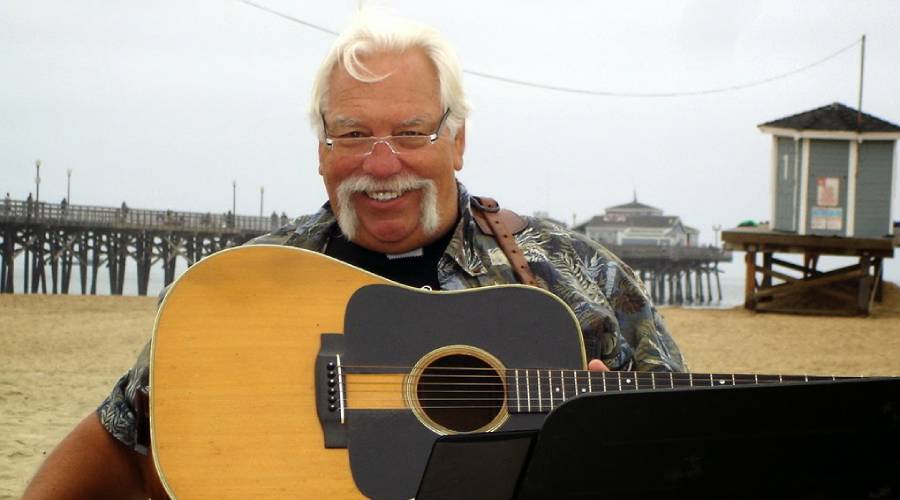 Charles Brand Carlson was born on May 6, 1946 to Kathryn Braithwaite and Anthony Scelza. The world was never the same. When Chuck was 4 years old, he was adopted by Kathryn’s new husband George Carlson, given a new name, and a new start. Chuck was never the same. He often shared how life-changing it was for him to be accepted – chosen, by George and welcomed into the Carlson family through the gift of his new name. Though his early childhood had its own hardship, Chuck was always energetic and creative. With musical, technical, and athletic pursuits ranging from guitar, singing, drama, cars, football, surfing, and even the accordion, he was always quite the “renaissance man.” Some of his earlier accomplishments included playing football for the Rams and his jaunt into show business with musical groups the New Christy Minstrels and Take Five.

Chuck’s variety of passions and gifts continued into adulthood. His interest in pursuing a musical career diverted from show business and turned toward other spiritual and creative outlets. In this time, he met the love of his life, Melinda Adcock. They were married on April 15, 1972. From that point, his direction in life gained even more clarity. Chuck and Lin were dedicated to serving as partners in God’s ministry to youth. Through beach camps, Bible studies, musicals, and much prayer they gathered youth and shared the love of Jesus. It is fitting that they were led to serve as missionaries in Hawaii, continuing beach ministry and proclaiming, “Surf the Lord!” Here, he preached the Good News, led worship, music, and prayer for tourists and locals as Chaplain of Waikiki Beach. After returning to the mainland, Chuck went on to direct multiple church chancel and youth choirs including those at, Loving Shepherd, Gardena, First Lutheran, Manhattan Beach, Hope Lutheran, Palm Desert and Our Saviors Lutheran, Palm Springs. It is also in this time that Lin gave birth to their first child, Caleb.

Chuck continued to share his passion for youth and music as Director at St. Timothy Lutheran. He directed the Bellflower Oratory Society, began teaching at Lutheran Bible Institute, where he also served as a coach and recruiter. Chuck and Lin’s second and third children, Casey and Paul “P.J.”, were also born in this time. His passion to serve God only continued, growing into the call to become an ordained minister. The family packed up and moved to Martinez, CA where Chuck could serve as the Director of Music at Our Savior’s Lutheran while also finishing his Masters of Divinity at Pacific Lutheran Theological Seminary (PLTS) in Berkeley. He and his trio, Lift Up Your Hands, produced two albums and shared their music at multiple youth conferences around the country. After ordination in the Evangelical Lutheran Church in America (ELCA), the Carlson family packed up once again to move to his first call as an ordained minister, Youth Pastor at Emmanuel Lutheran in Longview Washington.

Hardships and joys continued in Chuck’s life. His was never one for lukewarm placidity. After five years in Washington, he sustained a substantial physical injury that put a stop to his youth ministry days. California called the Carlsons home. They moved to Sacramento where Chuck served as Senior Pastor at Gloria Dei Lutheran Church and School for over ten years. Music, the Gospel, and family continued to stand as beacons of Chuck’s life. He built worship teams, continued to sing and write music, watched his children get married, and celebrated the births of his four grandkids. Chuck was the master of writing new chapters of life where others would have seen an end. All of this can only be attributed to the power of Christ’s hold on him.

On the Easter of 2009, Chuck was led to serve as Pastor on the sand once again. In partnership with M&M Surfing School, as well as his wife and partner-in-everything, Lin, he began Hope at the Beach in Seal Beach, CA. Through weekly worship, daily prayer, and reliance on God’s call, this rag-tag community of believers grew both spiritually and in number. Hope at the Beach continues to gather and proclaim the Good News of Christ for the world.

Chuck lived his life to the very last drop. In every possible moment, he radiated love, grace, and celebration. His laughter, joy, music making, guitar playing, teaching, coaching, encouragement, as well as his love of surfing, sports, movies, theology, music, and reading will never be forgotten. He is survived by his wife, Lin; sons and daughter, Caleb, Casey, Paul “PJ”; grandchildren, Caden, Jack, Henry, and Finley; grand-dogs Lola and Marley; half-brother Anthony, half-sisters Yvonne and Dianne; and his well-loved extended family.

You may have heard these beloved “Chuckisms” or may have some of your own.